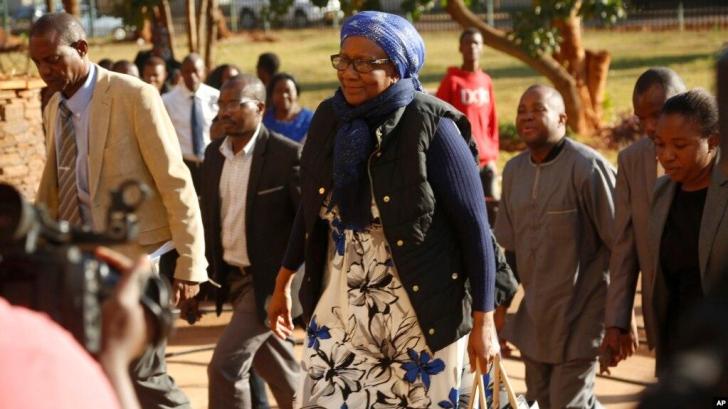 GOVERNMENT's latest position on the payment of the 2016 bonuses will be tabled at a meeting between Government and workers' representatives on Monday.

She once again pledged Government's commitment to improve the welfare of civil servants.

Minister Mupfumira said but she could not finalise the bonus talks alone in the absence of Finance Minister Patrick Chinamasa who started work yesterday.

"The Ministry of Public Service, Labour and Social Welfare, that of Finance and Economic Development and the Public Service Commission met today to agree on the Government position to be tabled for consideration at our next meeting with the Apex council on Monday.

"I just want to assure the nation that as Government we are committed to paying the bonus.

"After our deliberations today, we are now ready to conclude the matter and bring it to finality on Monday," she said.

Minister Mupfumira said Government had consulted widely after its meeting with civil servants unions on January 25.

"We have been consulting.

"We were supposed to have met on January 20 but one of the key stakeholders Minister Chinamasa wasn't available.

"He only commenced work today and to show that we are sincere and serious about our discussions with civil servants, we met today as Government to have our way forward and we can only bring it to the table for consultation and discussion with civil servants on Monday," said Minister Mupfumira.

The minister who was flanked by permanent Secretary in her Ministry Mr Ngoni Masoka and director of Labour in the Ministry Mr Clemence Vusani, appealed to civil servants to be patient.

The announcement comes at a time when civil servants representatives have called for an industrial action on Monday if their bonus promises are not honoured.

it courses on offer

it courses on offer

Am selling a neat 4 roomed house at pumula south byo

Am selling a neat 4 roomed house at pumula south byo

Truck driver attacked by elephant while relieving self

BREAKING: Judge rules that MDC Alliance is not a political party

Dethroned Chief Ndiweni 'not silenced, but in mourning'

Cop steals wallet from colleague hides it in underwear