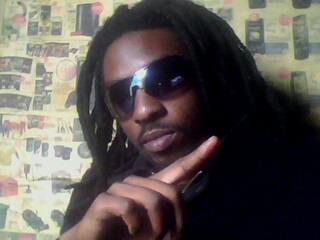 Iley Creation was born Malvern Mutya in the South Eastern province of Zimbabwe in Gutu In 1986, his love for music was rooted from a young age with him getting influence from sister Sarah and brother Christopher who regularly played music, he was there as a listener and dancer.

In 2000, he moved to Mash Central Province to continue with secondary school and there he met people who appreciated Reggae and Dancehall Music by artists like Buju Banton, Bounty Killer, Beenie Man whose music was going tough on the dancehall scene and Creation fell in love with the vibe and fire started.

Through listening to the music he also discovered some hidden concepts but crucial aspects of the music which were the deejaying and MCing aspect. He had the ability to juggle the riddims and freestyle the raggamuffin style and the people around were enjoying it.

During high school in 2003 at Herman Gmeiner, Creation started to be active on most musical scenes that earn him the name Culture Ranks and this exposed him to local artist such as Mega Spice ,Gagamel Priestly and some deejays and sounds like Hardknocks, Zion Way,Dark Yard,and Dutty Cup to mention just a few.

In 2007 Iley Creation became involved in musical oriented programmes such as BOCAPA Exposure which gave him a better idea about his career. The same year saw Creation voicing tunes with Seed Ifrica and linking up with Reggae Bands like Crucial Mix,Transit Crew and Hotter Fire band before moving to Zambia to complete his Bachelor Degree of Administration at the University of Zimbabwe. 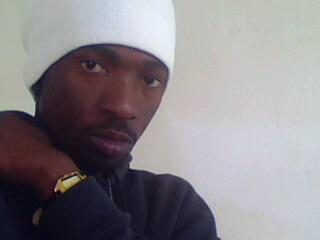 In Zambia (Lusaka) he joined Baffalo X , his high school friend and former dj who was at that time was popular on the Zambian Reggae scene and Creation was there to make a strong duo. Baffalo X helped Creation's musical career and other aspects of his life. Baffalo linked Creation to radio stations such Hone FM and the Unza FM owned and located at University of Zambia where Creation's songs enjoyed airplay and interviews which gave him great exposure in a foreign land. 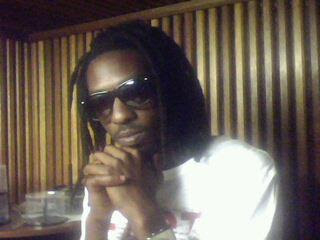 In 2010, during the completion of his studies at the university he linked Gaanwid who owns Trinidad Records where he voiced tunes namely Welcome the DJ on the Ammunition Riddim by Critical and the song received a good response from many youths. The same year was also packed with action because Creation was active in most community based programmes which he used to spread the vibe and introduced himself. Under Trinidad, Creation earned much support from Gaanwid who gave him free studio time and riddims which he produced and pushed the tunes to the radio station. All the efforts were rewarded as were the songs from him and other artists like Rickie Perplex, Legend Elly, Smiley, Quonfused, Gee Brandon and Almaxton. Those also gave him attention from well rated Sound Systems namely Iyk Fresh, Fyah Lynx Zimbabwe, Rockers Family to name just a few.

The same year saw Creation voicing well rated on th Anti Sanction Riddim, MY Wife RIddim, African Gal Riddim with a song She is Hot which earned him attention from international Radio Station Zim Carib Radio where he enjoys massive airplay. Currently Creation is based in Cape Town where the reggae scene is also busy with artists such as Blak Kalamawi whom he recorded a lovers reggae tune Ndiwe, a single that is receiving good ears across Zimbabwe, Canada and South Africa and more reggae fans,

Look forward for his first Reggae and Dancehall Mixtape titled Positive Energy before the other heavy loaded album World Record which is also in the pipeline. 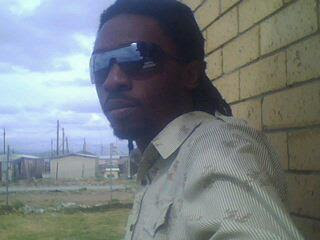 1. What is the meaning of your name? {group if applicable}:

2. How did you get involved in music?

I would say I got into music but music was in since birth and I could recall when my Grade 4 teacher listed on the practice team to sing in the school choir. From that time I started to feel the energy such that when I reached 13 years I started to track down all Dancehall, Reggae and Hip Hop material, also society was full of people who wanted to see the young talent and I was there to work as an MC for the local Djs and from that time I started constructing my lines and turn them into song so that I could expand the session, then the hope of music began to unleash and gave me momentum up to this time.

3. What does your music has to offer to th Reggae Genre?

My music is the art I do classify under Reggae and Dancehall and the vibe has a positive message to offer to the listeners and also it adds value to the genre because I try to keep it reggae by singing about different aspects about the society and what happens around the world, so my music gives Reggae an image that has been laid by most Reggae icons from long time.

4.Who influenced you and what is your motivation?

The society that surrounded me when I was still young I used to eat, sleep and live Reggae and Dancehall, so I would say I was a "victim" and I fell in love with singing and started track the music up to a point that I wanted my music to be heard through the stage or sound systems. Most of the things I went through did motivate me and if I look back and check all the blessings, I feel that Jah loves me and I have no reason to stop spreading the good music, Also other people's success do motivate me cause it simply means that what they can do,I can do it as well.


5. What do you see as the future of Reggae and Music in general?

The future of Reggae is great as one can see, currently like never before Reggae is on the world platform and its going to be there for long but not forgetting the several challenges that are there and those to come, one must check that the music is under a threat whereby some artists are trying to blend it with other genres and at the end of the day the real essence of Reggae is stolen and what we hear is not Reggae in its origins. However the music has a great future ahead of it.

6. Playing or recording,what do you prefer?

2011, was a year of movement I started recording with Trinidad Records in 2010 and from that time, the vibe spread and I started to get huge response from the listeners and I think it came out like that 2O11 brought a stage where my songs started to get airplay and then Zim Carib Radio which gave energy because they showed that they loved my music and I started to feel like a valuable asset in Reggae Industry so I keep going. Under Trinidad, most Sound Systems started to respect my music and I could see it. 2011 brought me blessings because my career started to take shape. Plans for 2012 are clear, I'm planning to release my first Mixtape album before I release another package here in South Africa, again a follow up through live shows is in the pipeline to make sure the music reached the people at the right time..

8.Tell the folks what you would like them to know.

All the Reggae and Iley Creation fans have to know that they are my strength in everything that I do, they should also know that they have the power to make me and break me, so I tell my people that I need them on the battlefield for me and the whole world to stay alive physically, spiritually and musically as well...bless..

2 roomed house is for sale at mbundane

2 roomed house is for sale at mbundane

Mliswa urges Zimbabweans to start a revolution against white people

'Mnangagwa must know that Zanu-PF is not God'

Why Prof Mthuli Ncube and John Mangudya must resign

Jonathan Moyo speaks on Chiwenga, Mnangagwa, Cartels and own future

Chamisa kicked out of court

Malawi to hold fresh presidential poll in May this year