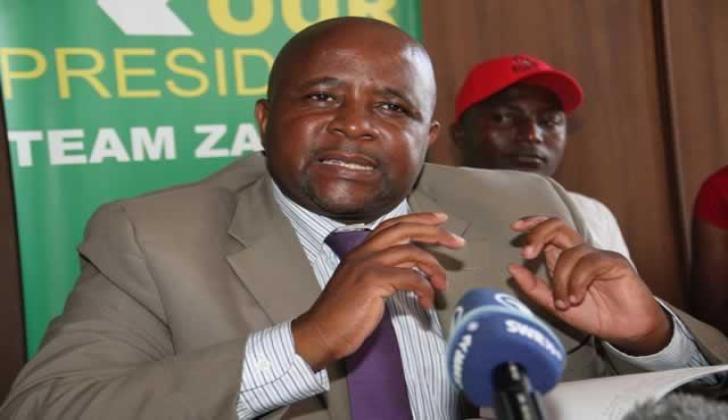 This comes as interim MDC president Thokozani Khupe was this week sworn in as proportional representative for Bulawayo Province, along with six others, and immediately took over as the leader of the opposition.

The seven MPs were sworn in to replace legislators recalled by Khupe ostensibly because they had ceased to belong to her party.

On Thursday, Togarepi raised a point of privilege in the august House, applauding MPs from across the political divide for showing maturity in the way they have been debating of late.

"I have observed convergence in the way we conduct business.  It has been heart-warming to see Members of Parliament, despite our diversity, discussing pertinent issues that are very important to the generality of our people with honour and dignity.

"This has been very important and I hope that this new found maturity in terms of behaviour prevails and we continue to work together in our diversity for the good of our country," Togarepi said.

The Gutu South legislator called on MPs to take a cue from President Emmerson Mnangagwa "who works daily and tirelessly for the betterment of the people of Zimbabwe".

"While we differ in many ways, I have seen from both sides of the House, people now beginning to concentrate on constructive debate, supporting the issues that come to the House for deliberation.

"I think it is very critical that we maintain that and it is good for us as chief whips to see members concentrating to do business of the day, not things that divide us.

"I think going forward, we will see all Members of Parliament working judiciously for the good of our people," he said.

Speaker of the National Assembly Jacob Mudenda agreed with Togarepi "although you were a bit hesitant about qualifying the nature of the diversity; impute it to mean political diversity".

The ninth Parliament has been characterised by polarisation with opposition MPs even refusing to stand up in Mnangagwa's honour each time he comes to Parliament.

Last year, the legislators walked out on the president when he came to the National Assembly to deliver his State of the National Address.

The development led Parliament's Standing Rules and Orders Committee to recommend that the MPs' allowances of five months be docked.

Stands for sale with water and electricity {24months installments}

Stands for sale with water and electricity {24months installments}

Zimbabwe has voluntarily become the 10th province of South Africa

Donald Trump's letter to Joe Biden. Twitter has some guesses on what's in it

Heavy rains cause damage in Mutare

Decade of darkness in Gwanda suburb

Rufaro, Gwanzura upgrades 'not a priority'

South Africa is getting a Covid-19 vaccine 'ID system'

Why are we abusing sick Zimbabweans?

Sibusiso B. Moyo, the man who read Mugabe the riot act

Can your Employer Force You to Have a COVID-19 Test?