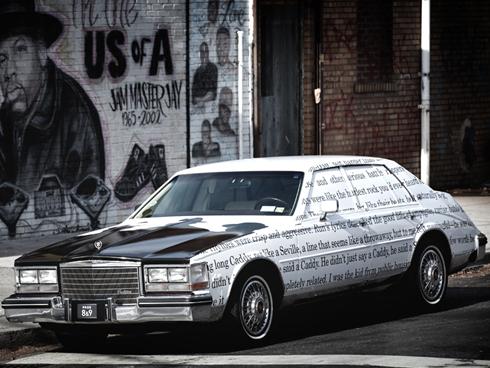 Replicated pages of the rapper's then-upcoming autobiography were placed in unusual places that had relevance to his life, such as on a plaque at the housing project where he grew up and on dinner plates at a restaurant where he dined with Bill Clinton.

The pages were placed in 13 major cities in the U.S. and abroad. Bing users were given clues to scout them out, and were then able to share their finds with others through the search engine's services.

Bold, innovative, immersive and interactive were among the words that integrated and titanium jury President Bob Scarpelli used to describe the multi-faceted promotional effort, which also won the Grand Prix in the outdoor category.

Jury member Fernanda Romano noted that Bing has "a major problem" in that Google's brand awareness is so much larger.

This effort was a major step in getting Google users and others to give Bing a try, she said.

The Jay-Z campaign also earned a Lion award in the titanium category. That category is designed to "honor the ideas that point the way forward" for those in the advertising community, said Scarpelli.

No Grand Prix prizes were given out in the titanium category, but a campaign for the Romanian candy bar Rom also won a titanium Lion, as did a Volkswagen ad that promotes having fun while still being responsible.

"Each one (of the three titanium winners) has a reason why it pushes the industry forward," said Romano.

If Bulawayo24.com has helped you, please consider donating a small sum to help cover the costs of bandwidth. Anything you can provide is appreciated, thanks!
Donate with PayPal
Source - content.usatoday.com
More on: #Jay-Z, #Droga5

Man falls to his death

Zanu-PF tells ANC to 'stay in your lane'

Schools to reopen in 3 phases

'Mamombe must be detained at govt psychiatric hospital'

Zimbabwe will soon be making its own number plates