Zimbabwe Republic Police must abide by the constitution 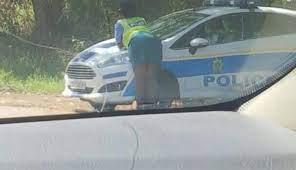 The armed police were at it again on Friday when they pounced on MDC-Alliance activists who were gathered at Vova shopping centre in Nkayi, Matabeleland North province waiting to meet their party leader Nelson Chamisa, who is on a meet-the-people campaign throughout  the nation.

As a former police officer I feel that the force needs to intensify its training on human rights and respect of law to avoid these unnecessary arbitray arrests and dancing to the tune of the ruling party.

It seems the police force is now only mandated to monitor the movements of the main opposition party in the country than maintaining law, peace and order in the country.

What is exactly the role of the police in a society?

The Zimbabwe Republic Police should be a people-oriented police service provider that seeks to maintain law and order towards the socio-economic development of the people and should operate in a free and fair manner without playing to the whims of the ruling party like what we are witnessing today.

There is a document which was crafted with a view to entrench a results based performance culture within the organization that will enhance police service delivery.

The police should continue to maintain law and order, protect and secure the lives and property of the people and to institute dynamic policing practices that engender effective prevention, investigation and detection of crime.

The Zimbabwe Republic Police is established by Section 219 (1) of the Constitution of Zimbabwe which provides that:-

There is a Police Service which is responsible for detecting, investigating and preventing crime;
Preserving the internal security of Zimbabwe, protecting and securing the lives and property of the people, maintaining law and order then finally upholding this Constitution and enforcing the law without fear or favour.

It's unfortunate that the police today has been captured by the elite and the ruling party. It has become a norm that only small fish are targeted than the big fish.

There is still selective  application of the law and always changing when Zanu PF is in the ring. Mr Douglas Mwonzora is allowed to conduct rallies without any interferences from the law enforcement agents.

President Emmerson Mnangagwa's Zanu PF is allowed to gather school children and his supporters in large numbers and the police protects them. It becomes sour and a criminal offence for Nelson Chamisa to gather his own supporters. Riot clad and armed police officers are sent to disrupt his programmes. This kind of policing does not deserve a place in a modern democracy and leaves a lot to be desired.

Zimbabwe Republic Police must desist from such an unprofessional conduct. It's a scam.

About five MDC Alliance officials were injured in Charumbira Masvingo province. Surprisingly no arrests were made by the police.

The Zimbabwe Republic Police must reform and employ democratic policing principles particularly when it comes to handling political matters.

Malema now an advocate of xenophobia

The need for social media regulation

Zimbabwe ranked among the worst on rule of law: Report

Khupe, Mwonzora at each other's throats

ZETDC to switch off Bulawayo, Mat North and South for 7 hours

Violent death over US$5 snooker bet

Bulawayo turns into a dark city

Additional 115 Zupco buses on the way