Pressure group Tajamuka has issued a statement saying they are consulting various stakeholders towards implementing a national protest that will liberate the people of Zimbabwe.

In a statement issued on Thursday Tajamuka said, "Tajamuka continues with its consultative process aimed at organising a more collaborated, better coordinated and more effective national protest for the benefit and liberation of all the people of Zimbabwe."

Tajamuka also sent a solidarity message to political activist Pardington  Japajapa who was sentenced to two years in prison for inciting public violence during the 2018 harmonised elections.

"The people of Zimbabwe remain constitutionally permitted to conduct peaceful protests including against stolen elections and unaccountable governments."

Recently a protest called by Tajamuka flopped after Zimbabweans continued with their daily business. Tajamuka blamed the failure on the intimidation tactics by the state agents. 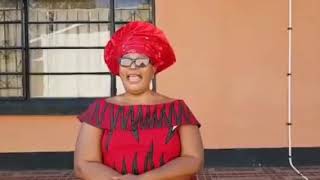