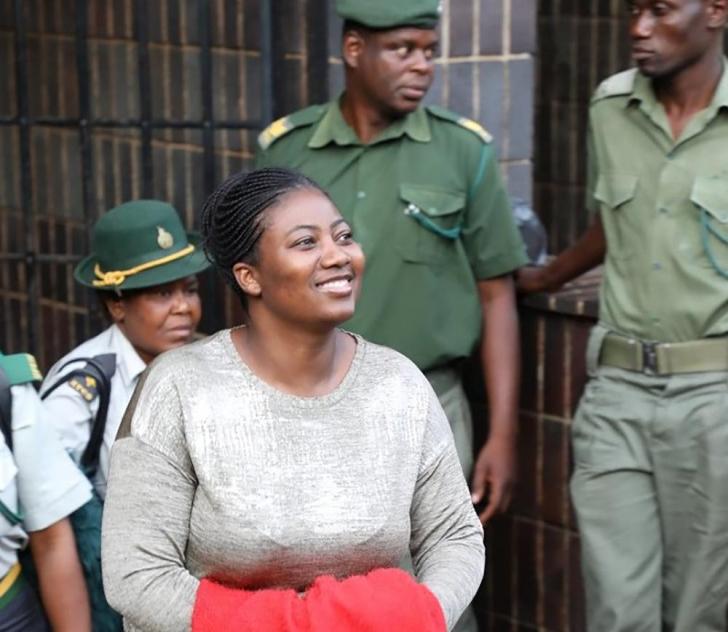 CITIZENS Coalition for Change (CCC) activists, Joana Mamombe and Cecellia Chimbiri have made an about turn, sensationally claiming in their defence outline that they never communicated with anyone that they had been abducted and tortured by police sometime in May 2020 when their trial opened at the Harare Magistrate Courts.

Mamombe and Chimbiri who are charged with publishing or communicating falsehoods prejudicial to the State, are denying that they told their friends, lawyers or relatives that they had been abducted on May 13, 2020.

This is contrary to their earlier claims that they contacted their lawyers after they had been allegedly abducted.

According to the State, Mamombe and Chimbiri's accomplice, Netsai Marova was interviewed on May 19, 2020 and told one detective Chafa that she was abducted and tortured.

Marova is on the police wanted list after fleeing the country to evade trial. Mamombe and Chimbiri were later interviewed on May 25, 2020.

The volte face is unfolding at the Magistrates' Court, where experts have revealed that cellphones belonging to the CCC activists were active on the internet and various other social media platforms during the time the two claimed they were taken by police on their way to Harare's CBD and later abducted and taken to an unknown destination, where they alleged to have been tortured before being dumped in Musana, Mashonaland Central Province.

According to a State witness, the two mobile phone numbers were said to be active browsing on Internet, Facebook, Twitter, Snapchart and Instagram between 2:39pm and 10pm when Mamombe and Chimbiri claimed they were in the hands of the police.

This was said by State witness, Mr Tapera Christopher Kazembe, a spectrum manager at the Postal and Telecommunications Regulatory Authority of Zimbabwe (Potraz).

He was testifying during the trial where Mamombe and Chimbiri are alleged to have faked their abductions in May 2020.

Mr Kazembe, who once worked at TelOne and Econet before working as a consultant at Ericsson in the Diaspora, was commenting on data collected from Econet in relation to network usage.

He told the court that information obtained from such data usage is correct and reliable.

"The information is taken from the Econet network including date and time and some of us we let Econet update time automatically on our cellphones.

"Econet is reasonably accurate. It may not be to the last minute but normally time accurate and can be used by anybody," he said.

But through their lawyer, the duo said they never communicated with anyone.

"The accused persons will tell the court that they did not at any stage tell any relative, friend or lawyer that they had been abducted. This is a narrative being yarned by the police and the State in order to abuse the accused.

"As it stands, there is an extant judgment of the High Court in which a factual finding is made that the accused did not communicate to any person that they had been abducted as is being alleged or at all.

"The accused will further tell the court that from the very beginning of this matter, they have requested for particulars as to who they communicated to and what the exact communication was.

"This request was denied many times. They are therefore hamstrung in their defence and can only say that they did not communicate or publish to any lawyer(s) that they had been abducted.

Mamombe and Chimbiri denied communicating with any of their relatives over the alleged abduction.

"They did not communicate or publish to any friend(s) that they had been abducted.

The duo also said that none of the communications they made at the material time was false or incited violence.

"None of their communications incites or promotes public disorder or public violence or endangers public safety.

"None of their statements undermines public confidence in a law enforcement agency, the prisons and correctional services or the defence forces of Zimbabwe as alleged or at all.

"They challenge the State, not only to prove the alleged communication, but also prove how it undermines public confidence in a law enforcement agency, the prisons and correctional service or defence forces of Zimbabwe," they told the court.

Mamombe and Chimbiri claimed that police forced them to record their warned and cautioned statements when they were receiving treatment in hospital.

'Mugabe was better than Mnangagwa' Zanu-PF activist off the hook

Mnangagwa accused of reversing Unity Accord

SA's decision to end permits for Zimbabweans is shameful

Zanu-PF determined to win at all costs

Mnangagwa in DRC for Sadc Summit

SA traffic signs to be adopted as SADC signs?

Former Miss Zimbabwe now staying on the streets of Joburg

'Zanu-PF bootlickers were Mnangagwa's back stabbers during Mugabe era'

Sikhala allowed to consult in private