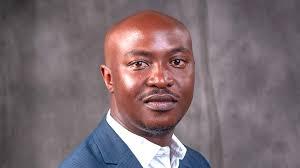 Mazowe District Coordinating Committee (DCC) on Tuesday held a meeting in  Mvurwi where Mazowe North legislator Campion Mugweni was booed by the crowd after trying to protect three council workers who were recently arrested by Zimbabwe AntiCorruption Commission.

Mugweni who is desperately looking for support after losing in the DCC elections was on the receiving end as some members accused him for not coming back to his electorate.

"We were not at peace with Mugweni after he tried to accuse council chairperson Shereni Mazhambe of filing charges against the three council officials at Mvurwi council who are facing corruption charges," explained a source who declined to be named.

"Mugweni said the trio was not supposed to be arrested as they supported the ruling party much to the booing of the party members."

Mazowe DCC secretary for information Kushinga Dutiro could neither confirm nor deny the case while promising to call back.

"I will call you back,l am in a meeting," Dutiro said.

Mugweni chose to ignore the questions sent to him by Bulawayo24.com.

He is not new to controversy last year he allegedly refused to settle a US$120 253 loan or farming inputs advanced to him by contracting company Tian Ze Tobacco (Pvt) Ltd.

Though Mugweni acknowledged the debt, he insisted on repaying in local currency, citing the monetary policy that existed at the time the transaction was made.

Mvurwi residents have blasted both Mugweni and the council officials for being corrupt.

"As Mvurwi community we are not happy with our MP who is supporting people who duped us hence he is also corrupt," Fidelis Tsoka said.

Stands for sale with water and electricity, 2yrs installments

Stands for sale with water and electricity, 2yrs installments

Mob attacks woman after she allegedly snatches baby in Mutare

Nakamba shows off US$400 000 Lamborghini Aventador

Turning the tide of moral degeneration

Zim ruling elite more afraid of us, than we're afraid of them - citizens should use constitutional rights before they're also ta

Hands off Grace, says the Mugabes

'Nothing to celebrate on Nurses Day'

Zimbabwean man with 16 wives, 151 children bares it all

Police to step up blitz on illegal kombis